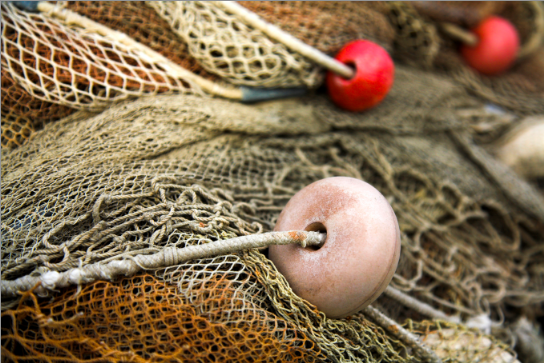 Bloomberg Businessweek just published an exposé of debt bondage and modern slavery in the fishing industry in New Zealand. In the wake of the report, both Wal-Mart and Safeway are launching investigations into their New Zealand supply chains.

The personal stories behind these headlines are horrific: 30-hour shifts of hard physical labor, no medical help for severed fingers or broken hands, constant beatings and sexual abuse. While these types of atrocities are rife in the seafood industry, you won’t hear much about them in circles discussing “sustainability.” The term has been co-opted to apply primarily to environmental issues, not human ones.

The Bloomberg story even reports that an “observer,” a hired independent regulatory worker who rides on voyages to ensure compliance with quotas and other environmental regulation, told abused workers on one boat that reporting the squalid and inhumane conditions on the boat was “not my job.”

You don’t have to be a marine biologist or an expert in the seafood supply chain to see the lunacy of that situation.

I’ve been a “fishhead” for just about 4 years now. Prior to that, I was a journalist writing about myriad social and business issues, including the garment industry’s efforts to eradicate labor abuses from its supply chain.

Since landing in fish, I’ve been surprised to see how nascent the effort is to expose labor crimes and assist companies in becoming part of the solution. In many cases, commercial trawlers are simply floating sweatshops. Yet, the outcry from both consumers and the nonprofit community that has led to substantial progress in addressing slave labor in the garment industry, simply hasn’t happened in the world of seafood.

As Slave Free Seas notes, this New Zealand case is really the first test case of the international community’s response. The good news is that the regulatory piece is kicking in. Wal-Mart and Safeway are reacting to the report, but also to the California Transparency in Supply Chains Act of 2010. The Act, which went into effect last month, requires retailers and manufactures with over $100 million in global sales to disclose their activities to discover and eradicate slavery in their supply chains.

If the garment industry serves as an analogous example of addressing this type of complex problem, these other elements would be helpful additions to the ecosystem of solutions:

-- Activist nonprofits like Greenpeace could add the labor dimension to their annual seafood sourcing ratings
-- Shareholder action nonprofits like As You Sow could float some resolutions for the publicly held retailers who source vast amounts of seafood
-- Foundations that support anti-slavery campaigns (attention: Humanity United) might look for strategic partners, like Slave Free Seas or others, in seafood.

As for Future of Fish, we’re interested in tackling this issue in the context of the work of our own entrepreneurs. They are fighting for greater supply chain transparency, among other improvements that support sustainability, not narrowly defined as fish health, but writ large, as serving humanity as well as the environment.

Have ideas for partnership around this issue? Wanna get real about getting slavery out of the seafood supply chain. Contact us.