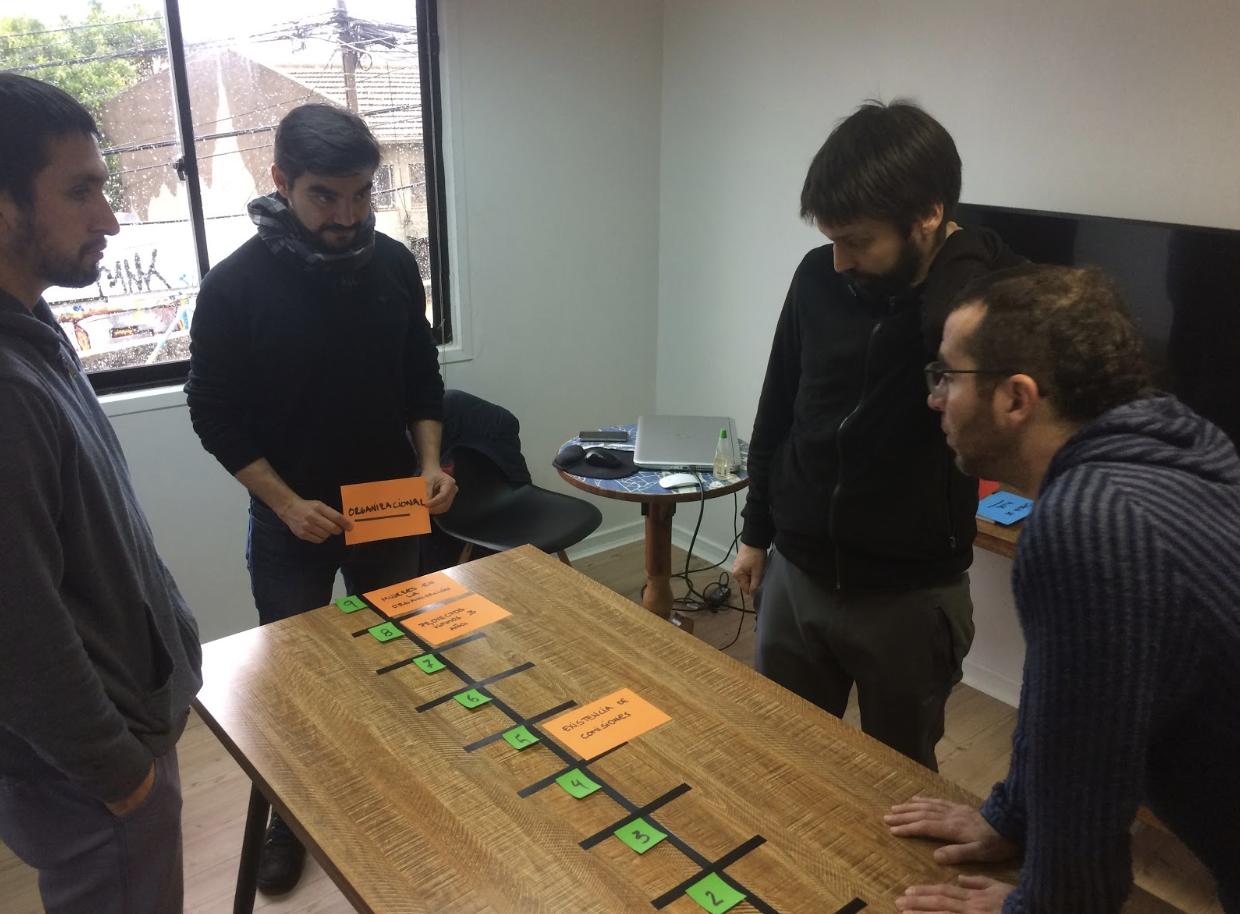 Our last installment from Chile told you about the intricate way we worked to choose the caletas with whom we would partner during the coming months of what we term the “Design and Demo” phase of Future of Fish’s Fishery Development Model. We started this work back in May of 2017, and we’ve met with so many amazing caletas, but we’ve had the difficult task of narrowing it down to four to work with at this current time. We worked hard at this selection process so indeed we felt excited to start the work. Over the upcoming six to eight months we will undergo a process of co-design at each site to develop ideas for caleta development--creating implementation plans for these projects, developing business plans, and all while building a network of funders (we are hoping for a mix of philanthropic granting, economic development grants and potentially private capital where needed) to fund these projects for the community groups of artisanal fishers. So, having chosen our caletas we trekked to the selected communities to tell them what we thought was the good news… to Coquimbo (in the Homonymous region), Papudo and El Quisco (Valparaíso Region) and Duao (Maule region).

Caletas we chose but who didn’t choose us…..
Of the four caletas with whom we hoped to build partnerships and engage on the previously explained process, two were very excited. Both Duao and El Quisco signed up to the process, and were eager about the prospect of the work and have welcomed both ECOS and FoF into their communities to build these collaborative approaches. The other two did not meet us with the same calibre of enthusiasm. Papudo, in the Valparaiso region is an already very progressive caleta; they have strong leadership, conduct very democratic decision making processes and have been successful recipients and implementers of some impressive grants and projects. Their leadership decided that they did not need support at this time and decided not to accept our suggestion of partnership. Coquimbo, a very large city based caleta in the fourth region, explained to us that they have been stung by previous projects with no or little benefit coming from their effort to engage. We have to say that our egos were a little bruised but stepping back and looking at the situation we can see why these caletas have made their decision. We respect those decisions and hope that we can either work with them again in the future or that indeed they continue their work independently and successfully for their own caleta development.
Onward to find the next two caletas in line, according to the selection procedures: The sorting hat has chosen (a Harry Potter reference for those of you more into fish than wizardry) Jaiberos de San Antonio (one of six syndicates in San Antonio cove and focused predominantly on crab fisheries) and Portales, both in the Valparaiso region.
We approached both caletas to discuss the possibilities of collaboration and added San Antonio to our list of committed partners.  Unfortunately, Portales was interested, but decided not to partake in the project at this time. They are currently going through an administration change and thought it better not to engage due to this. Third time’s a charm! Next in line from the selection process was a caleta called San Pedro Concón. We approached them and they were excited to participate. With that we have reached our desired four partner caletas, El Quisco, Duao, Jaiberos de San Antonio and San Pedro Concón. As you can see, it was no easy task!
The process of getting the caletas signed up and having an understanding of where this journey is going to take them is what we have termed ‘co-design round one’, but in simple language it is relationship building and partnership development.
As an aside, I do think it’s important to note here that this process has been really important for us here at Future of Fish. We realised a few things. Namely, that each of these caletas has a history, some of them include stories of projects in the past where partner organisations promised the world and didn’t deliver, or projects created internal syndicate corruption and issues which weakened them for long periods. Not all the histories have negative stories but unfortunately those are the ones that float to the surface and can create mistrust in processes like these. This may explain some of the hesitancy not to engage by some of the groups. Additionally, this process has also required us to be more humble. Though these projects and collaboration opportunities seem like a no brainer to us, we have to contend with the fact that these caletas may not find us mutually appealing as they may feel what we offer is really not what they need. Our wings have been clipped a little, but all the same we have four brilliant partnerships on the horizon with four interested, committed and enthusiastic partners; a much more inviting concept than moving this process forward with syndicates who do not see the benefit of the approach or have the willingness to engage. It again points toward the absolute priority of focusing on relationships and trust building for making this work a success!
Taking it one step further: Co-design round two
The second part of the co-design approach utilized a process developed and facilitated by our partners ECOS. It is a methodology framed within the Ecosystem Approach to Fisheries Management. ECOS and FoF took to each of the initial three caletas, El Quisco, San Antonio and Duao (the process will also be happening in San Pedro Concón but is running a little later than planned) and workshopped through a brainstorming process which aimed to facilitate the fishers from these syndicates to map their supply chains, identify critical points/barriers within these existing supply chains and then to think about the future. By thinking about the future they were required to point out solutions to the current issues and develop ideas which could support their caleta development. We motivated the fishers to think about the potential ideas within categories of opportunity areas which we had previously identified from our research phase.
These five opportunity areas were highlighted as arenas where the hake fishery system is ripe for development:

This was all done on a whiteboard utilizing magnetized cards with stakeholders names and supply chain processes and inputs, which were moved around the board as we built them into stories. In all three caletas the conversations were rich, the input enthusiastic and some really good ideas emerged, including, increasing mesh sizes for creating a higher quality and higher value product, shortening the supply chain in order to increase the value which exists for each player, and branding products--especially those that have a cultural story to tell behind them.  All in all the  process was a very positive one, instigating enthusiasm and engagement for the steps ahead.

These ideas will now become the basis of the next stage of co-design, when experienced outside parties, people who may have entrepreneurial skills, representatives from other supply chain nodes, and experts of various skill sets will descend upon the caletas for co-design round three. This will happen in the coming weeks and the tension and excitement is building. Will the people turn up? Will the ideas which the fishers have initially brainstormed be built upon and made come to life? Have we thought of all the correct people and process to be in the room to create the atmosphere and conversation we envision to turn these initial ideas into great implementable ideas?
ECOS, Claudio and ourselves at Future of Fish are deep in planning as this blog goes to post. You’ll hear from us again, directly from the field, as co-design three is happening, so hopefully we’ll be able to to answer yes to all of the above questions. Keep your fingers crossed for us, and more importantly for the fishers--that we collaboratively come up with some exciting solutions for their caletas and for the hake system in general.