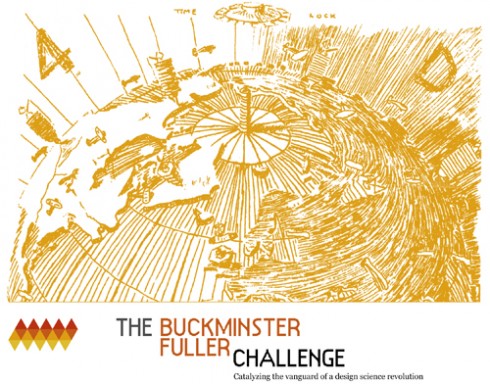 SAN FRANCISCO, California — May 7, 2012 — Future of Fish, led by founder and executive director Cheryl Dahle, has been selected as one of only four Finalists for the 2012 Buckminster Fuller Challenge, the prestigious annual design science competition named "Socially-Responsible Design's Highest Award" by Metropolis Magazine.

The Challenge awards $100,000 to support the development and implementation of a whole systems-based solution that has significant potential to solve humanity’s most pressing problems. The Winner will be revealed at an award ceremony on June 6th at Cooper Union in New York City.

"I'm honored and delighted to have our work recognized by such a prestigious institution whose legacy embodies the kind of creative, integrated problem-solving we aspire to do at Future of Fish," said Dahle.

Future of Fish is a nonprofit accelerator for entrepreneurs launching initiatives that advance sustainability and traceability in the seafood supply chain. The goal is to transform the systemic inefficiencies within the industry in order to reverse the trajectory toward global fisheries collapse.

“We believe that by launching and supporting a group of networked entrepreneurs whose ideas, technology and practices re-set standards for the supply chain, we can drive the market to adopt more responsible approaches to profit-making,” said Dahle. “By connecting entrepreneurs at different levels of the supply chain, we foster a cooperative network whose ability to partner makes its impact more than the sum of its parts.”

The Buckminster Fuller Challenge is the premier global competition recognizing initiatives that take a comprehensive, anticipatory, design approach to radically advance human well being and the health of our planet’s ecosystems. The Challenge is a program of The Buckminster Fuller Institute, which aims to deeply influence the ascendance of a new generation of design-science pioneers who are leading the creation of an abundant and restorative world economy that benefits all humanity.