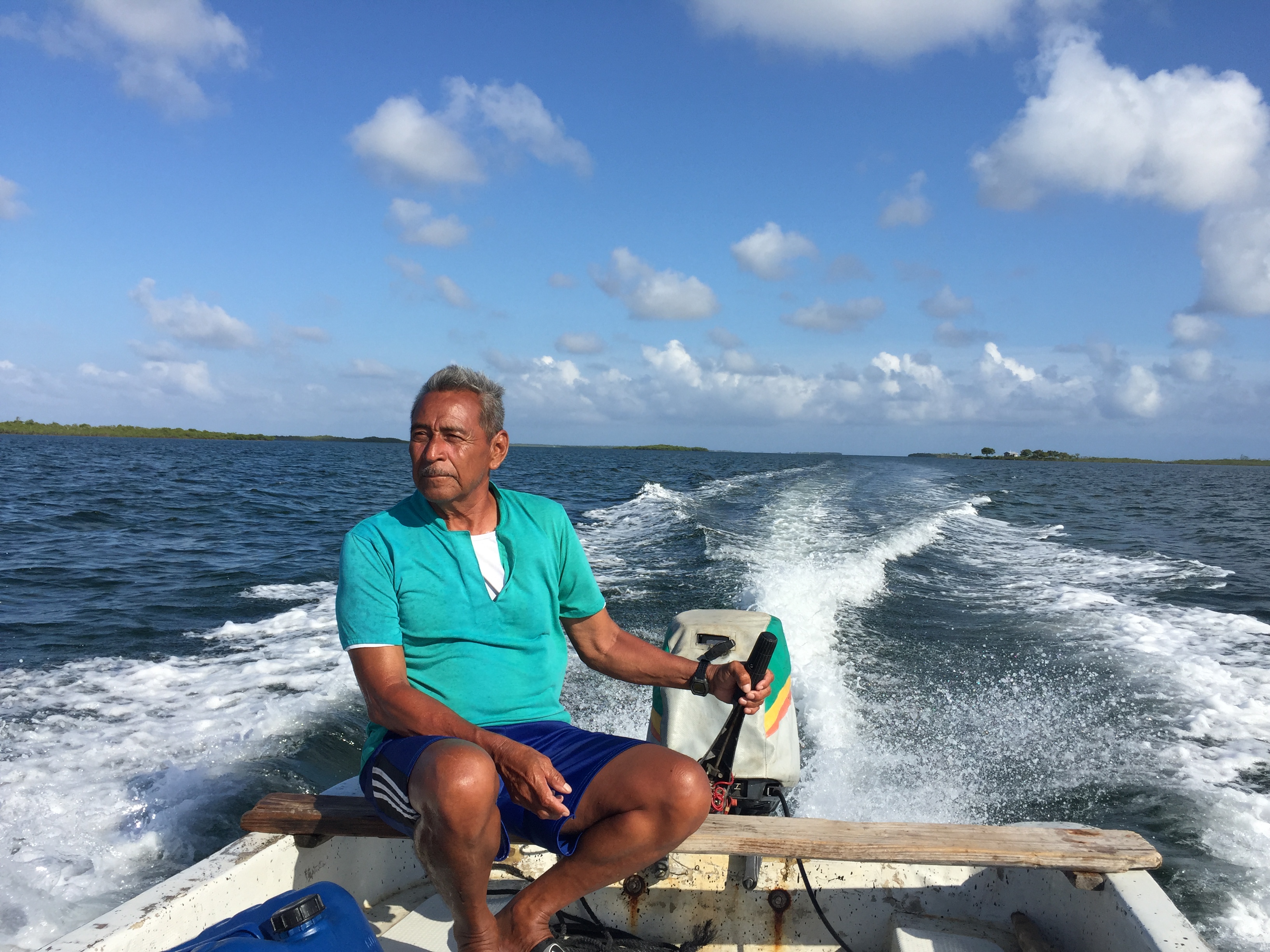 The bleary-eyed group sitting around the table in Boston, Massachusetts had just wrapped up nearly a 12 hour day of interviews. The Board Chair and Plant Manager of the National Fisher’s Co-op (NFC) in Belize were with their partners in Boston for the Seafood Expo North America. At 7pm, this moment marked more than the end of a long few days of meetings and networking—this was the end of a months-long process to select a traceability technology vendor for NFC. A few days later, the Traceability Review Committee would make a final recommendation to be approved by NFC’s Board and a new partnership would begin. But at that very moment, the only thing the Boston team could do was go out and play in the two feet of fresh snow that had just dumped on Boston. For the Belizeans who had never seen snow in person before, this was a moment to remember. Before donning his coat to step out into the cold, Elmer Rodriguez, NFC Board Chair, said with a twinkle in his eye that he would bring some snow back to the plant in Belize City “because I think we are low on ice.”

For seafood companies like NFC, deciding to invest in traceability is only the beginning of what can be a long path to implementation. At the end of 2016, NFC, in collaboration with The Nature Conservancy (TNC) Belize and Future of Fish, released a Request for Proposals (RFP) for an internal traceability technology system for their processing plant in Belize. As documented in Part 1 of this series, a lot of time and effort went into development of the RFP and identification of the Key Data Elements (KDEs) that NFC would want the system to capture.

To help groups like NFC tackle what can feel like a daunting and cost-prohibitive process of putting traceability in place, Future of Fish and partners have developed a Seafood Industry Traceability Toolkit. Included in this toolkit is a guide to understanding the costs of traceability implementation, a guide to selecting KDEs to help companies identify what kind of system they want, and an RFP template. Having a transparent RFP process levels the playing field for technology vendors and allows seafood companies to be explicit about the goals of their traceability system and what approach they are looking for. Due to the rapid pace of technology advancement and the growth of interest in and demand for seafood traceability, this RFP process also aims to streamline decision-making and encourage collaboration between vendors who may offer different and complementary tools.

In response to NFC’s RFP, seven seafood technology vendors from four countries across North America, Latin America, and Asia submitted proposals for consideration. In order to support an objective and transparent process, Future of Fish recruited four independent traceability experts who volunteered their time to review the proposals, using a standardized evaluation tool. The evaluations and scores were then compiled, summarized, and presented to the NFC Traceability Review Committee, made up of members of NFC’s Board and staff, TNC, and staff from the Wildlife Conservation Society Belize.

“I loved Plant Management involvement since we are the ones applying the system,” said Eden Leon, NFC Plant Manager and a member of the Traceability Review Committee.  He also commended the external reviewers who he said did a great job in their evaluations of the proposals and the feedback they provided. “My hopes for once the system is running are for better data management, more efficiency in the plant in regards to data analysis, less losses due to inconsistency in data, realistic ways in cost saving using data, and better plant efficiency.”

In the end, the company, ThisFish from Vancouver, Canada, was selected as the vendor to implement internal traceability in NFC. “To our knowledge, this was the first real seafood traceability RFP and we were interested to participate,” said Eric Enno Tamm, co-founder and CEO of ThisFish. “An RFP process, in my opinion, allows a potential buyer to compare solutions and prices, which makes them feel more confident about purchasing a solution and implementing a project.” When asked what his hopes are for this partnership with NFC, Eric replied “We want to help the National Fishermen’s Co-op have a more viable business and more sustainable fishery. We believe our Tally software can significantly improve their business processes and our Trace platform can help the Co-op market their sustainable practices and the story of the folks harvesting and handling their catch.”

At Future of Fish, we have set the RFP process up as a model that can be replicated by others with the hope of that this resource, along with others in the Seafood Industry Traceability Toolkit, can accelerate the adoption of traceability by seafood companies. We look forward to seeing how ThisFish’s products can support NFC in their efforts to provide verifiable, sustainable lobster and conch to end consumers.