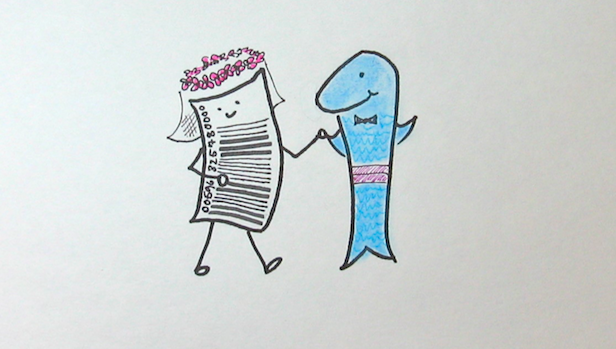 At almost every step of the seafood supply chain, the modern slams into the archaic.  Nowhere is this more apparent than on the tradeshow floor of Seafood Expo North America. Located near the historic waterfront of one of the nation’s oldest cities, the vast interior of the Boston Convention Center is transformed into a labyrinth of glistening glass cases displaying local catch and exotic curiosities; sleek booths that look more like nightclubs than seafood shops; and industrial displays of the high-tech equipment for processing, packaging, and transporting seafood.

The contrast between old and new, tradition and innovation, are a hallmark of the seafood industry, and serve as both a blessing and curse in the quest for a sustainable future.

Since the 1950s, the technology for catching, processing, and physically moving seafood across the globe has undergone a dramatic sophistication. As boats bejeweled their helms and decks with fancy fish finders and powerful hydraulics for hauling traps, processors and distributors harnessed new freezing and shrink wrap technologies and jumbo jets to swiftly move valuable catch across the globe within 24 hours.

However, as Sunday morning’s press conference organized by Norpac Industry revealed, the enormous activity enabled by those technological innovations has not been matched by high-tech information systems. Most of it continues to be captured by old-fashioned paper reports.

With huge volumes of highly perishable product rapidly moving across the world and leaving only a paper trail, it’s easy to slip illegal catch into the supply chain; likewise, with low margins and high rates of spoilage (not to mention the lack of real-time data monitoring to synch supply and demand) it’s tempting to fix over-sales and under-buys with the occasional mislabeled product.

In other words, the system as it currently stands is set-up to incentivize fraud. It also creates tremendous waste and inefficiencies that hurt business: the oceans and the industry suffer. That’s why the work of entrepreneurs like Tom Kraft, founder of Norpac, and those featured in this recent Boston Globe article are so exciting.  Norpac developed and implemented the industry’s first barcode system for individual fish, giving customers and fisheries managers the ability to fully trace where each fish was caught.  Here in Boston, Red’s Best owner, Jared Auerbach, has developed technology and distribution system that allows buyers to scan a QR code and pull up a website with information on the catch and even a bio of the fisherman.  On the transaction side, new information technology like the software developed by Keith Flett, with Open Ocean Trading, helps fishers establish a price before they leave the dock, much like other traded commodities.  This allows fishers to maximize their sales and allows buyers to plan their menus, reducing waste and inefficiencies at both ends of the supply chain.

These ideas and innovations are bringing the information technology side of the seafood industry into the 21st Century.  The more that can happen, the closer we get to what Kraft calls the “ARTS”: accountable, responsible, traceable, sustainable fisheries.  These innovations work to secure more verifiable data and develop pathways for more Storied Fish.  And that bodes well for a future of healthier fish and socially responsible fisheries.