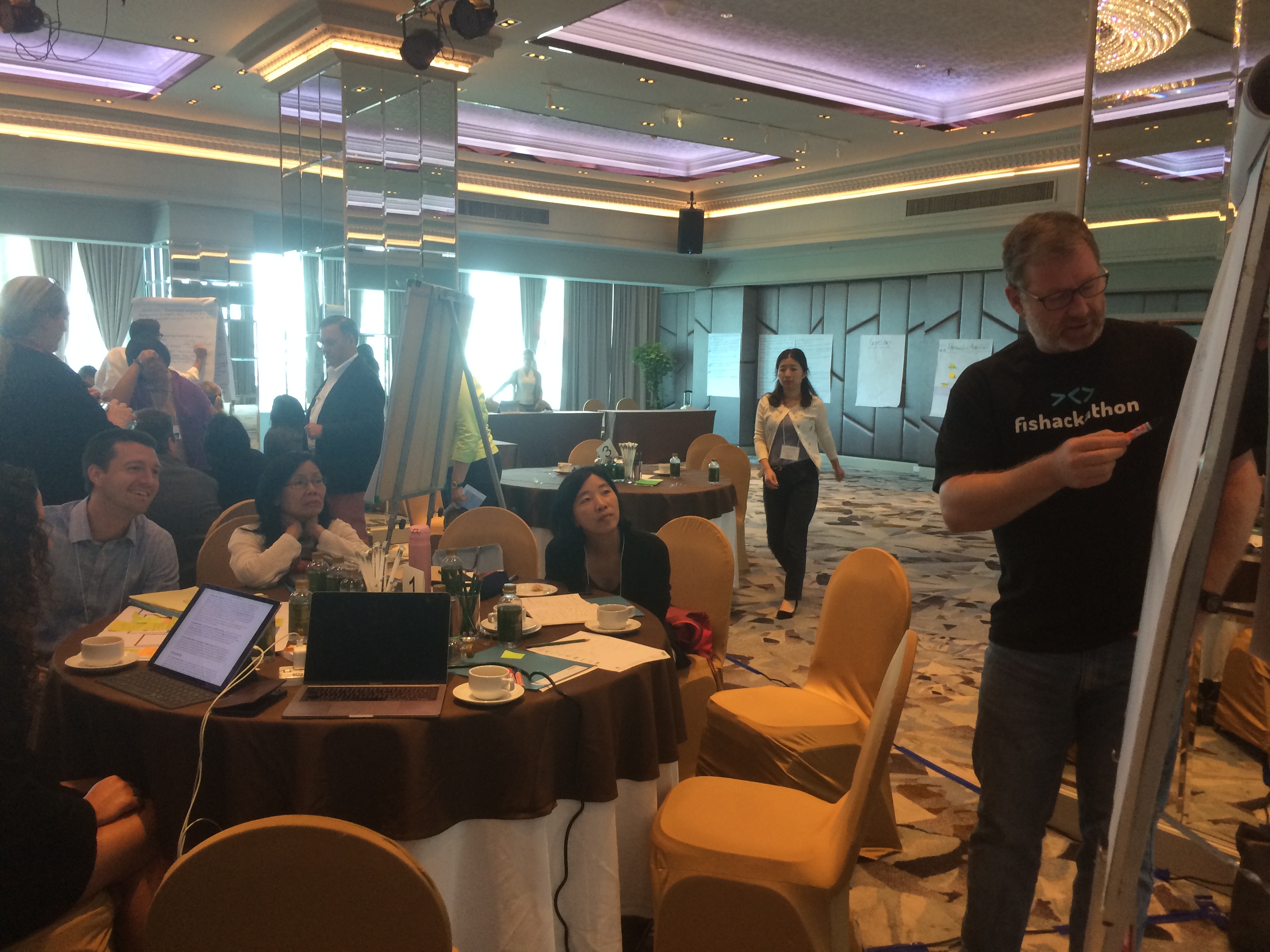 A relatively new acronym in the seafood realm but one we may find easier to remember; SALT or the Seafood Alliance for Legality and Traceability is “a global alliance for knowledge exchange and action to promote legal and sustainable fisheries through improved transparency in seafood supply chains”. SALT is a 5 year partnership between USAID, the Walton Family Foundation, the David and Lucile Packard Foundation, the Gordon and Betty Moore Foundation, and FishWise.

SALT just held its last of three datalabs in Bangkok, following one in the United States, and one in Europe bringing together industry, governments and NGOs to brainstorm and discuss in-depth the types of solutions required to advance the conversation around traceability, transparency and the movement from Illegal Unregulated and Unreported (IUU) to legal, reported and regulated fisheries. SALT is working on the back of and in-sync with various other traceability initiatives which have gone before or are still ongoing such as the Global Dialogue on Seafood Traceability, the Oceans and Markets Seafood Initiative Traceability Collaboration, the Seafood Taskforce, and the ASEAN based USAID Oceans Project.

Our Global Implementation Lead, Momo Kochen, who is also a SALT co-design advisory committee member, attended this datalab in Bangkok, Thailand last week, 19-20th of July. The meeting utilized innovative approaches to lead the group of approximately 40 well-selected participants, through the thought processes of identifying tools and approaches needed within the traceability world. These tools and approaches aim to advance current conversations and address the need for cross sectoral solutions--especially in relation to communication and the wide scale sharing of information, tools, and lessons learned. Specifically, we identified the role which SALT can play in that process over the next 4 years, the remaining length of the project.
Indeed, as Momo commented: “The mainly Asia-based participants brought rich conversation and active participation to the table and the shark tank approach we used to present our ideas to the group at the end added a little competitive flavour”. Some nice ideas emerged including a well defined pilot which aims to create direct incentives to fishers for engaging in traceability initiatives (e.g., China Blue, Each Mile, Fishcoin, Hyatt Hotels). Other initiatives supported transparent data collection processes for crew on fishing vessels and others dug into ideas of development bank funded support for government data system improvements, amongst others.
It never fails to surprise the innovative and creative ideas which a smart group of people put together in a room can come up with! Thanks to SALT for an inspiring meeting and look forward to seeing the plans for year 2-5 for the project and how Future of Fish can engage in it further.