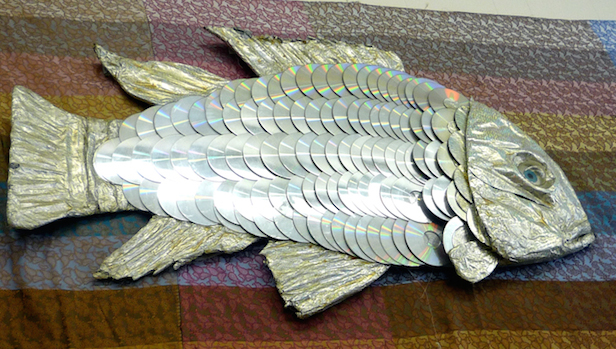 Talking trash on the docks is nothing new. But talking how to turn “trash fish”— fish that comes up in the net that is in less demand—into treasured bounty is a different story. And the idea offers hope for creating new markets that can benefit both fishers and fish.

The opportunity rests on the fact that there’s a lot of fish going to waste in the world. According to a recent Oceana report, US fisheries discard an astounding two billion pounds per year. Most of that is due to bycatch—unintentionally caught species, including endangered mammals, sea turtles, sharks, and seabirds, which are then tossed back into the water. But a lot of bycatch is perfectly edible fish, discarded simply because the fish don’t garner enough value to merit space on the boat. And therein lies the opportunity: creating demand for those underdogs offers a way to reduce food waste and help fishers.

So, how do you turn trash fish into a tasty meal? Enlist talented, daring chefs and put on a show. Chef’s Collaborative has hosted a number of Trash Fish dinners, inviting chefs to prepare elaborate multi-course meals featuring undervalued but sustainably harvested species. The result? Sold-out events from LA to Boston, and diners satiated on species such as redfish, Atlantic pollock, sand dabs, and surf clams. The idea works not only because the chefs show that these species can taste good, but also because sustainable seafood distributors such as Sea to Table and Red’s Best are helping to make these underappreciated species more readily available to customers, while securing better prices for the fishers. Using innovative distribution models and technologies, these businesses are reinventing how fish moves from water to plate, tying story to fish in ways that further increase the value of the catch. Fishers and chefs are finding that a good enough tale (and the right sauce) can turn even baitfish into a sold-out entree.

The market for undervalued species isn’t limited to high-end foodie crowds, either. Keith Flett, founder of Open Ocean Trading, capitalized on the growing interest of schools and universities to provide healthy, local food to their students. Already sourcing sustainable fish for colleges and schools in Massachusetts and Maine, Future of Fish helped OOT hold a "focus fish" taste test among college students that served up dogfish, hake, pollock, and redfish—all underappreciated, locally caught species from New England waters. With enthusiastic thumbs ups from the students, the initiative helped OOT land a contract to provide these species to Chartwells, the food service giant behind UMASS dining halls.

But discards aren't the only form of waste in fisheries—much of it is the result of poor handling and inadequate supply chain infrastructure. Even where a market might exist for a high-valued product, fish are often sold at commodity prices simply because of poor quality. Thomas Kraft, a former accountant and founder of seafood processor and distributor Norpac Fisheries Export, saw the business benefits of developing a tracking technology that allows for near real-time inventory management. By having verifiable—not just traceable—data on the location and status of every fish and every product from boat to buyer, Norpac is able to monitor the flow of its processing, improving product quality, reducing labor costs, and increasing price points.

Artisanal fishers face similar challenges when poor handling reduces prices below what they’d get for recycling a plastic bottle. Scientist and entrepreneur Hoyt Peckham founded SmartFish to train fishers to better care for their catch, and helped them develop premium markets with local, high-end hotels. By marrying this approach with traceability technology from Shellcatch, Smartfish hopes to serve as a model for improving small-scale fisher livelihoods and local fisheries around the globe.

The benefits of increasing the value of undervalued species extend from chefs who can enjoy experimenting with new species, to diners who can choose from a more diverse menu, to distributors who can lock in more stable supplies, to the fishers who can garner better prices for responsibly caught fish. And because they can make more by catching less, this trash-to-treasure transformation helps save the fish, too.

So, the next time you are shopping for seafood, don't be afraid to talk trash with your fishmonger and let them know you want to see more underdog fish in their cases.